The Yew tree, earlier called „bow tree“ belongs to the family of taxaceae and comes from Europe. It is considered to be one of the oldest grooves and was already used in the Middle Ages for the construction of bow weapons, hence the name Arched Tree. Even today, the high-quality wood would have found its place in the timber construction, unfortunately the low availability speaks against it. In Germany and Switzerland is the Jew tree already on the red list for endangered species. Its veneer is mostly used for production of exclusive furniture. 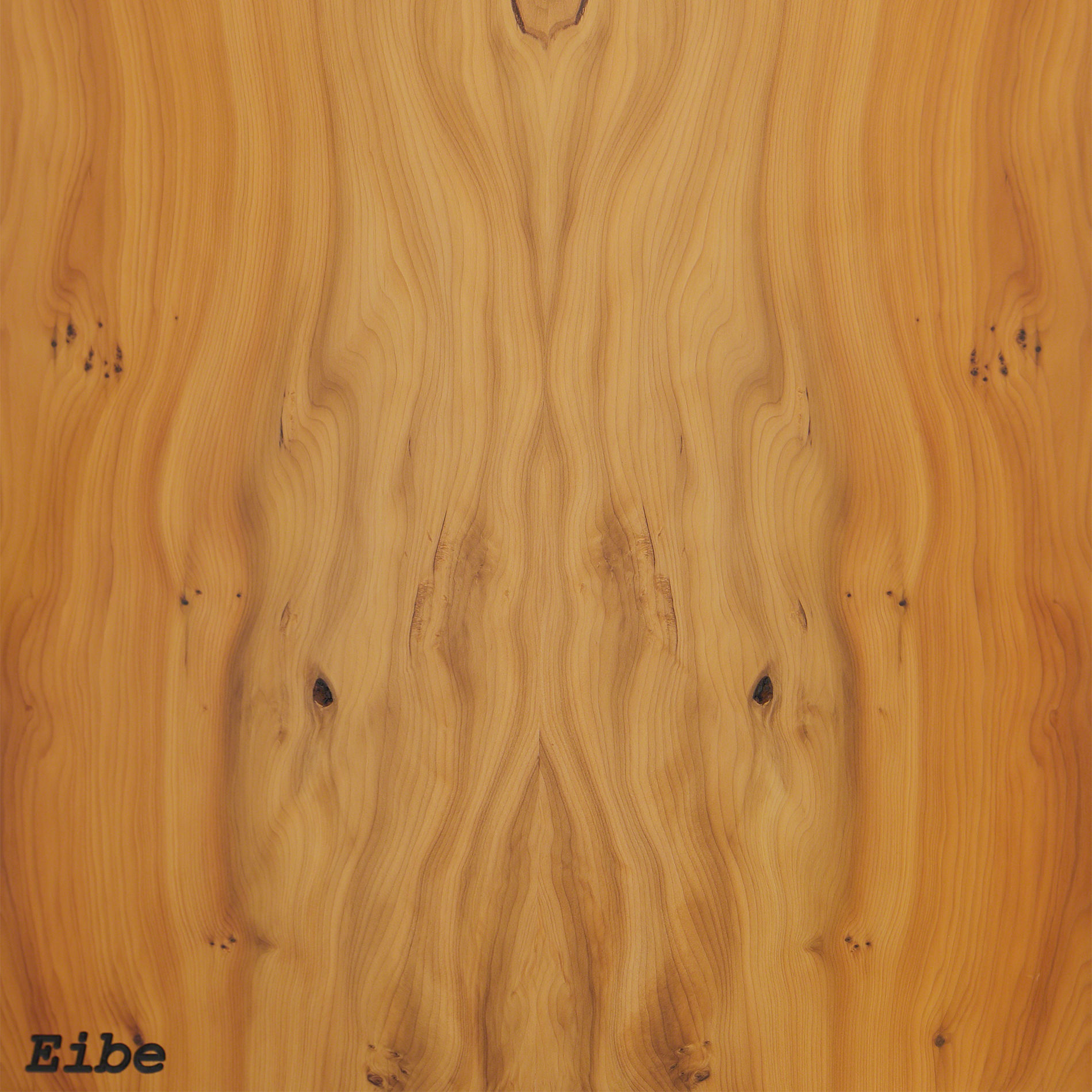